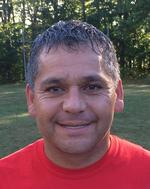 Luis' soccer career started as youth academy at Peru's largest club, Alianza Lima. He played for them from 1983-1989 before moving to the professional level with Alcides Vigo Hurtado and Somos Aduanas from 1990-2000.

Luis became a trainer in 2011 and has worked for various organizations. He obtaned his Coaching License through the USSF in 2011 and is also certified to work with Athletes With Disabilities. Luis recently completed an international training course, sanctioned by the Spanish Soccer Federation, in October 2017.

Luis joined NASA in 2013 and currently serves as a staff trainer for the Traveling Program. 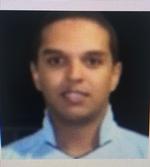 Guilherme's playing career started in 2000 in his native country of Brazil. He continued progressing throughout various clubs before reaching the professional level in 2011 with CS Maritomo. He played for professional teams in Brazil and Portugal before joining CS Stefanesti of Romania from 2012-2014. Guilherme comes from a rich soccer history as his father played for the famed PSG of France during his professional playing career.

Guilherme moved to the United States in 2016 and began his career as a youth soccer trainer. He received his Coaching License through the USSF and has been a Certified Trainer since 2016.

Guilherme joined NASA in 2016 and currently serves as a staff trainer for the Traveling Program. 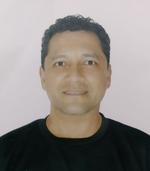 Alex Moreyra began his playing career at an early age in his native county of Peru. He played for various storied clubs before moving to Mexico to continue his college career. He completed his bachelor of science degree at the Universidad Regiomontana de Nuevo Leon, while being named MVP for 2 seasons.

Alex has been training high level players at the college level since 1997. He first began working under Kevin East at New Jersey City University before moving to his current position as assistant coach at Rutgers-Newark University in 2006. Throughout the past 20 years, coach Alex has helped guide his teams to 5 ECAC Metro Championship appearances, 4 NJ Athletic Conference berths and an NCAA DIII invitation. At the youth level, Alex has been training players ages 7 - 17 over the same period of time. He has excelled with multiple teams in South Jersey and Linden, NJ. In March of 2009, Alex completed his National "C" Coaching License.

Alex joined NASA in 2016 and currently serves as a staff trainer for the Traveling Program. 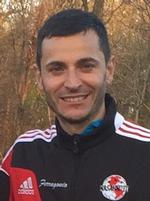 Antonio became a professional trainer after he retired from professional soccer and moved to the United States. He obtaned his Coaching License through the USSF in 2013 and contracted to work for several top clubs.

Antonio joined NASA in 2014 and currently serves as a staff goalkeeper trainer.

Cristian joined NASA in 2018 and currently serves as a staff trainer for the Development Program.

Gustavo joined NASA in 2018 and currently serves as a staff trainer for the Development Program.